5 seats short of a full house for the 8-piece Greg Poppleton and the Bakelite Broadcasters Ragtime and 1920s show for the Music at twilight concert series, Wednesday 1 June, St George Auditorium.

Photos, maestro, please! (And after the photos, musician bios)

Greg Poppleton: Authentic 1920s singer with Greg Poppleton and the Bakelite Broadcasters and The Lounge Bar Lotharios 1920s Orchestra. 700,000 YouTube views for his music. Film & TV actor, voiceover and award-winning radio broadcaster. 3 albums of 1920s – 1930s jazz and swing released with a fourth album, Back In Your Own Backyard, scheduled for Spring.

Paul Furniss: Soprano / Alto Saxes and Clarinet: Paul is regarded as one of Australia’s best jazz musicians. He was a lecturer at the Conservatorium of Music, a founder member of Tom Baker’s San Francisco Jazz Band (taking over the leadership in 1979), was a member of the Graeme Bell band and played for the Sidney Bechet Society in New York City.

Al Davey: Trumpet and Trombone. Al is a highly sought after jazz soloist, big band lead trumpeter and session musician. He has been featured at the prestigious Wangaratta, Manly and Thredbo Jazz Festivals. Al’s trumpet playing has been described by eminent jazz critic John Shand as “being plump of sound and sharp of line.”

Bradley Newman: Piano. A repetiteur for tap and ballet since he was 16, Bradley trained classically before playing jazz and musical theatre including professional productions of Miss Saigon and Les Miserables (Asian Tour). He continues to play for ballet classes and exams, and is pianist for The Lounge Bar Lotharios 1920s Orchestra.

Stan Valacos:  Double bass. Played classical guitar growing up, switching to jazz at the Sydney Conservatorium of Music. Stan has doghoused for just about everyone in Australian jazz including Ian Date, George Washingmachine, Bob Barnard and Matt Baker. He has played festivals across Australia and overseas.

Cazzbo Johns: Sousaphone. Musician, performer, piano technician, meandering milk-crate-cyclist, general eccentric and lady of under-employed leisure. She was principle tuba player in the Australian Opera. She is principle sousaphone player in Mic Conway’s National Junk Band. And she is one third of the world-touring Kransky Sisters.

Alex Inman-Hislop: Drums. Born on the 14th of July 1993, Alex Inman-Hislop has dedicated most of his life to music. As a scholarship recipient at the Sydney Conservatorium of Music, he is currently undertaking a Bachelor of Music Performance. Alex has a number of ongoing musical endeavours that take him across Australia and around the globe.

Now hire Greg Poppleton and the Bakelite Broadcasters for your event

In your newsletter this month…. 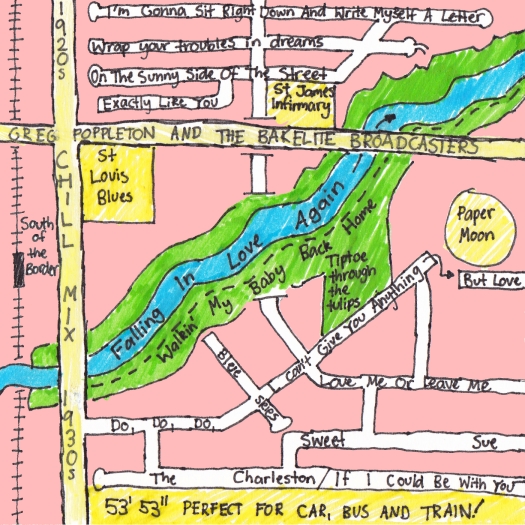 The Life and Music of Scott Joplin – Glen Street Theatre 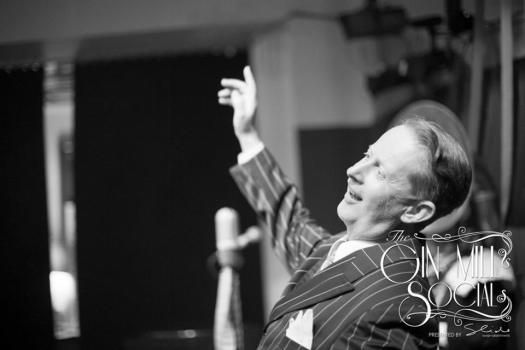 Talk to the debonair Mr Tony Jex. He’ll help you with your free quote,

Greg Poppleton and the Bakelite Broadcasters

We look forward to seeing you at a show soon…

Authentic, Sydney-based, 1920s – 1930s singer and actor, Greg Poppleton, and his Bakelite Broadcasters, entertained for a large corporate event in the iconic Hydro-Majestic Hotel, Medlow Bath, in the Blue Mountains.

With over a QUARTER MILLION YouTube Views, Greg Poppleton proves beyond doubt that his 1920s-30s swing, true to the hot jazz cradle from which he’s sprung, has a rip, rock and zip that’s 21st century.

Mr Poppleton’s total authenticity, extensive vocal range and high swingin’ combo will hold you enthralled from the first flip of his cartoon eyelids.

Tony Jex provided the perfect sound and lights for the event. He can also help you though the simple process of having Australia’s most listened to 1920s – 1930 singer and Great Gatsby band at your conference, wedding and birthday. 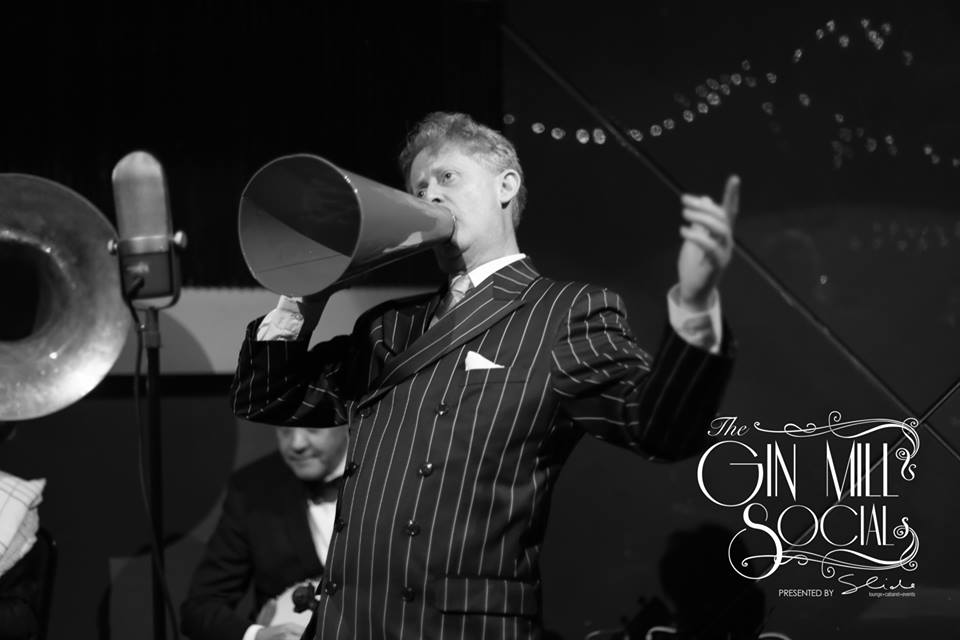 Sydney’s only 1920s Great Gatsby Dance Orchestra, The Lounge Bar Lotharios, played for dancers and fans of 1920s hotcha at Glenaeon on Sunday 21 September to a capacity crowd.

Who are The Lounge Bar Lotharios?

Grab this opportunity to witness the spectacle of Sydney’s only authentic 1920s Dance Orchestra, The Lounge Bar Lotharios.

Bring a picnic, bring the bubbly, and enjoy Roaring 20s classics like ‘Crazy Words Crazy Tune’ and ‘Let’s Misbehave’, played just like they did in the Flapper Age and sung by Australia’s only authentic 1920s singer, Greg Poppleton, under the musical direction of ARIA nominee, Geoff Power.

It’ll also be one last opportunity for you to hear Geoff’s hot 1920s trumpet before he tours the US and Europe in late December and early January.

Hire The Lounge Bar Lotharios for your wedding, corporate event and party. We can supply you with Sydney’s best 1920s dancers for your event, too. Just ask. 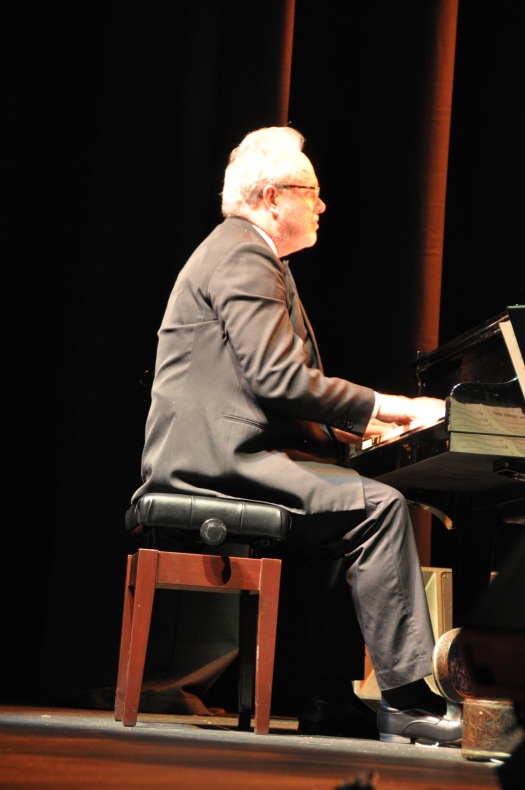 The Lounge Bar Lotharios play for festivals and clubs, and bring you the songs that made the Roaring 20s Roar to your wedding, corporate event and party. Book online or talk to Tony, 0407 941 263

Here are some more photos of Sydney’s only authentic 1920s Orchestra for you, The Lounge Bar Lotharios, at the Blue Mountains Tourism Awards, Friday 9 Aug. These photos are by David Hill.

The instant The Lounge Bar Lotharios play is like being transported back in time to a Great Gatsby party. World-acclaimed 1920s dance band singer, Greg Poppleton, is undeniably the absolute authentic singer of songs that made the Roaring 20s roar. ARIA nominated Lotharios maestro, Geoff Power, conducts 10 world-touring vintage jazz specialists – three hotcha horns, three sinful saxes and clarinets, piano, banjo, sousaphone and drums – all played to art deco perfection. With an extensive library of vintage 1920s dance band arrangements like Me And Jane In A Plane and The Charleston, The Lounge Bar Lotharios are the bees knees! And we can add Sydney’s best 1920s dancers. They’ll dazzle you with some fine hoofing and even teach you The Charleston. (It’s easy!). Enquire now

The photos were taken by David Hill, a personal hero. His Wikipedia entry says of him,
“He has been chief executive and director of the State Rail Authority of New South Wales, chairman and managing director of the Australian Broadcasting Corporation, head of Soccer Australia, head of Sydney Water, director of the Australian National Airlines Commission and Chairman of CREATE, a national organisation responsible for representing the interests of young people and children in institutional care. A former North Sydney rugby league junior, Hill was president of the North Sydney Bears Rugby League Football Club between 1989 and 1992. He was instrumental in the eventual ban on cigarette sponsorship of the game.” Every organisation David Hill has headed, he has reinvigorated and changed for the better, in my humble opinion.

Do you want The Lounge Bar Lotharios to play for you? Come to the booking page.

What a hit with the crowd as dancers swirled and Charlestoned on the dance floor!

Having a Christmas party?

When you book the orchestra, for your end-of-year company social, we promise we’ll excite you and your guests, too, with the danceable songs that made the Roaring 20s roar! All played by Sydney’s Top ten world-touring vintage jazz specialists under the direction of ARIA-nominated trumpeter, Geoff Power. And sung by Sydney’s only authentic 1920s singer, Greg Poppleton.

And we play for weddings, clubs, parties, events and festivals.

Our ukelele friends, and 2013 BMLOT award winners, The Blue MUGs, took a couple of action pics. Thank you Jennifer Lowe from The Blue Mugs…

100 years ago, those in the know, and those who could, descended upon the Molonglo plains in the newly formed Australian Capital Territory, to name the place Canberra – the Australian national capital

And as part of the celebrations, The Lounge Bar Lotharios, Sydney’s authentic 1920s Dance Orchestra, were invited to play at Canberra’s Albert Hall for the Roaring 20s Ball

Do visit The Lounge Bar Lotharios’ website, with gig guide, at www.1920sorchestra.com.au 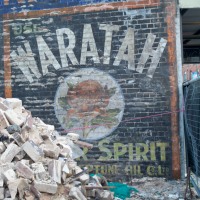 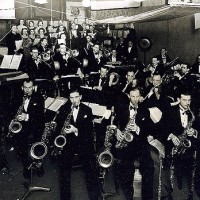 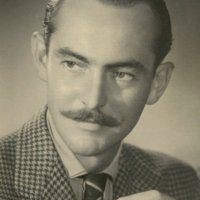 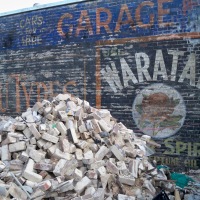